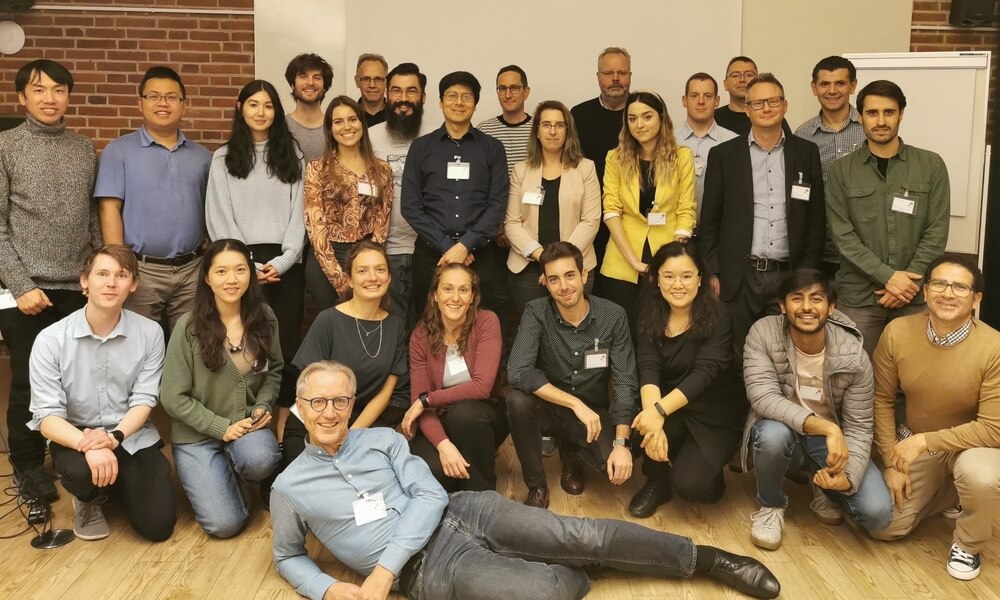 NovoCrops proposes to domesticate intrinsically resilient plants for a future sustainable agriculture. Nature has provided multiple means for withstanding environmental stresses, but stress resistance traits are complex and difficult to transfer between plants. Instead of improving established elite varieties, we will capitalize on unexploited natural diversity and employ new breeding techniques to develop novel crops..

Plant production is facing unprecedented challenges. The growing human population will increase the demand for staple crops and livestock by 60% by 2050. Yields will need to increase in the face of climate change, which is predicted to drastically limit plant production due to new and intensified environmental stress factors. Nature has provided multiple solutions to withstand environmental stresses and many wild plants thrive in harsh conditions. However, the underlying resilience traits are often complex and difficult to transfer between plants. Instead of aiming to improve established elite crop varieties, NovoCrops aims to lay the foundation for the next, sustainable green revolution that focuses on increasing crop diversity. Our approach involves focused breeding of wild ancestors of the main crops cultivated today and, concurrently, the domestication of neglected wild plants displaying genotype–environment interactions required for sustainable agriculture.

NovoCrops is a joint venture of the University of Copenhagen and Aarhus University and brings together established and mid-career group leaders with expertise in crop breeding, plant genomics, transport engineering and plant physiology. The output will be novel sustainable agricultural systems that are adapted to challenging environments and capable of meeting future production demands.

We propose that domestication occurred through changes in only a few domestication genes and that these events can be mimicked by mutagenesis of homologous genes in underutilized crops and even wild plants. Using targeted genome editing techniques, including non-GMO approaches, we will de novo domesticate six future crops, by increasing their yield, modifying their flowering behavior and preventing transport of toxic compounds into their edible parts. The project is organized in four method packages providing technology to be used across six work packages, each focusing on an individual future crop.

MP1 will establish protocols for the transformation, regeneration, and genome editing of alfalfa and intermediate wheatgrass.

Different WPs will use RNA-seq to determine when and where genes of interest are expressed. To guarantee the comparability of the collected data, MP2 will develop standard methods for sequencing library preparation and subsequent data analysis.

The presence of antinutritional defense compounds has hampered the domestication of wild species of quinoa, lupin, potato, and other plants. To domesticate these plants, the quantity and distribution of these compounds must be altered in a tissue-specific manner. For this, we have established a unique functional genomics technology platform for identifying and characterizing transporters of plant defense compounds and to perform transport engineering crop improvement.

Phenotyping of NovoCrops species requires rapid propagation under a controlled environment. Speed breeding, which involves the use of supplementary lighting, controlled temperatures, and extended photoperiods in greenhouses and growth chambers to substantially reduce generation times. Plants will be phenotypically characterized in DK and abroad in various stress environments, including field trials.

Cultivated barley (Hordeum vulgare ssp. vulgare) is the fourth most important cereal crop worldwide and is highly adapted to marginal land. Despite its global value, yields over the past 50 years have stagnated in several regions, including parts of Europe. Moreover, genome projects have revealed a serious erosion of genetic diversity among modern barley varieties. New variation is required, and sequencing of wild barley has revealed distinctly higher genetic diversity compared to cultivated barley. Furthermore, wild barley is more resistant to pathogens, more tolerant to water and salt stress, and has a higher seed protein content, better nitrogen use efficiency, and better phosphate bioavailability than cultivated barley.

Several wild ancestors of potato are highly resilient to late blight disease, which is controlled in domesticated potatoes by the heavy use of pesticides during cultivation. In addition, unlike modern cultivars, many wild potatoes have a low glycemic index and are thus less likely to contribute to the development of type-2 diabetes. As a starting point for de novo domestication, we employ wild potato species/accessions with promising characteristics regarding compatibility, tuber formation, and disease resistance.

Alfalfa is an important legume fodder crop with many excellent traits, such as cold resistance, salt tolerance, adaptability, high yield, resistance to frequent cutting, and soil amelioration properties. A major obstacle in alfalfa breeding is early flowering, which reduces the production of vegetative material. The process of flowering control in alfalfa is poorly understood. Based on knowledge from Arabidopsis, we will induce CRISPR-guided mutations in the genes encoding master flowering regulators.

In WP4, we characterize newly identified alkaloid transporters with respect to expression patterns and sub-cellular localization, thus establishing a spatiotemporal working model for alkaloid transport to the seeds. Using a non-GMO mutagenesis and screening platform established in collaboration with the Carlsberg Research Laboratories, selected specific transporter genes are knocked out in a high-alkaloid variety. This work should result in a herbivore-resistant lupin variety with high levels of defensive alkaloids in the vegetative parts but alkaloid-free seeds.

Quinoa is a stress tolerant plant that is highly nutritious with an amino acid composition of its grain proteins comparable to that of legume seeds. In collaboration with Carlsberg Laboratories, we are currently generating a non-GMO mutant library of quinoa plants. We will phenotypically screen our quinoa mutant library for plants with higher yields.

The perennial grass intermediate wheatgrass is closely related to wheat and has superior characteristics with respect to carbon storage, soil preservation and nutrient and water use efficiencies. Wheatgrass has been semidomesticated into the variety known as Kernza but the small size of seeds and their tendency to shatter are among traits that limit the use of this crop and therefore represent primary breeding objectives. 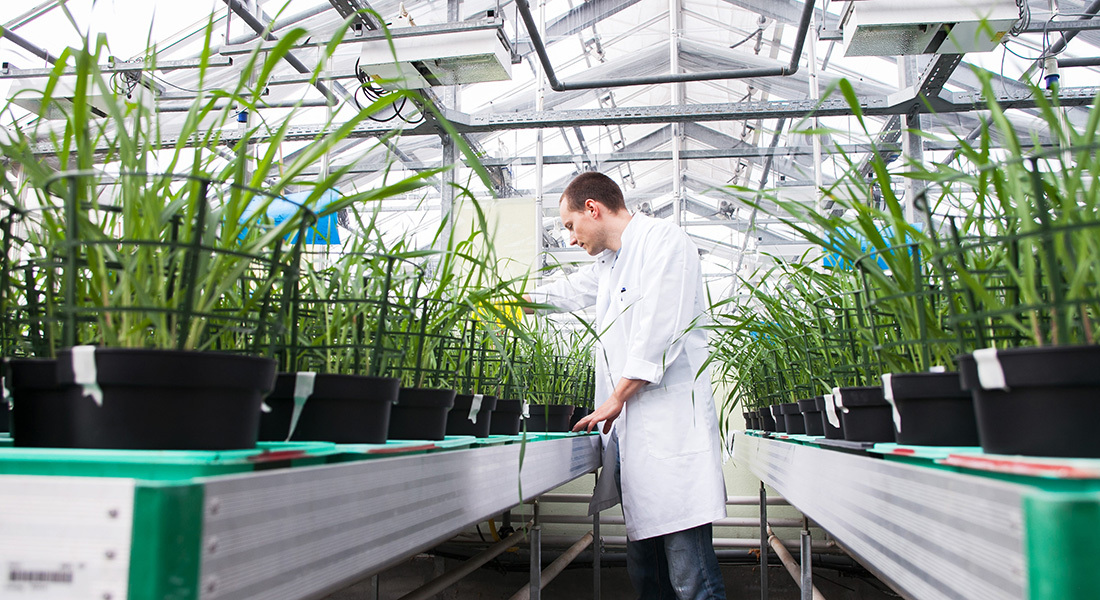 Get an overview of the latest advances in the fields of genomics and biotechnology applied to the development of resilient crops for the future. 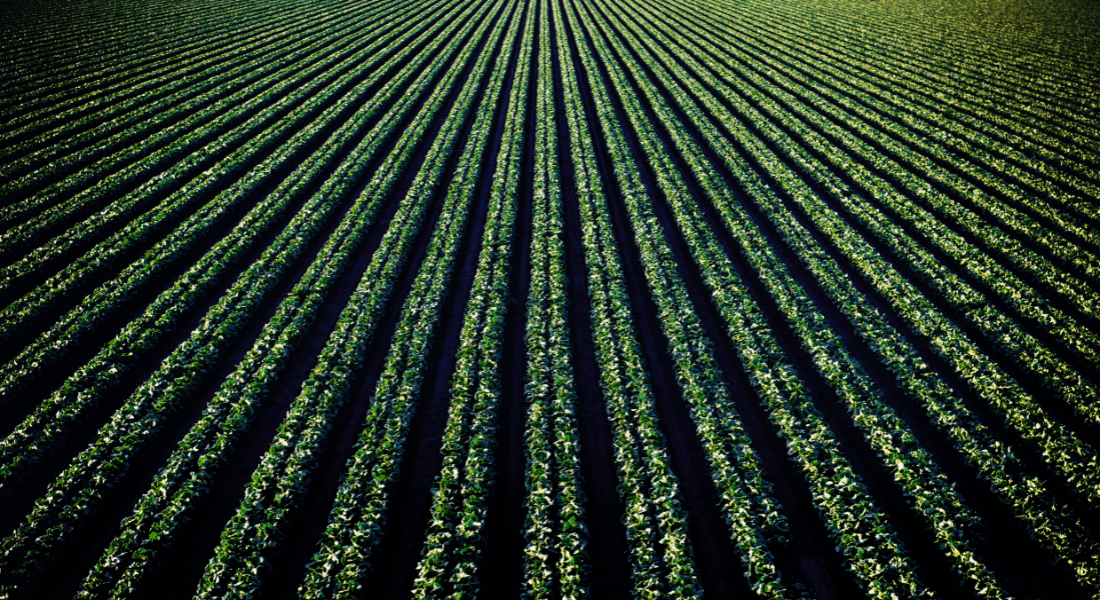 Join us in Copenhagen 18 August for a day of research updates and networking with international leaders in the field, with no registration fee!