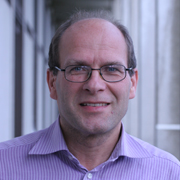 The major subject area of LSJ is soil C and N turnover, in particular the temporal patterns of decomposition and gross N mineralisation-immobilisation following incorporation of organic residues, studied using stable isotopes (13C, 15N). Simulation modelling of soil C and N turnover as well as cropping system productivity and environmental effects, both in the short term (within one growing season) and in the long term (at the cropping system rotation level)  as well as the very long-term trend in soil humus have also been covered in his research.

LSJ has published 96 papers in international (H-index of 26), peer-reviewed journals of which more ¾ have been written with international collaborators, 20 chapters in books or reports, 7 full scientific reports and more than 20 popular articles. LSJ has participated in +60 international scientific conferences and has published more than 60 proceedings and other non-reviewed publications and popular articles. Finally he is the first author of a teaching textbook in Applied Plant Nutrition, published since2004 (now 4th ed.), and co-editor on a textbook about Animal Manure Recycling: Treatment and Management published Sept 2013 by Wiley & Sons.

LSJ has been involved in 40 research projects (22 as project leader, 18 with international collaborators) since 1994, of which 14 projects are currently running. He has supervised more than 20 Ph.D. students (currently 3 as main supervisor, 7 as co-supervisor) and 8 postdocs (currently 6). He has been member of a number of national scientific committees and expert panels. LSJ has been a Section Editor of Plant and Soil, reviewer for another 10 different scientific journals, and has been external referee on various European research proposals.

LSJ has been involved in 41 research projects in the past 20 years, for which he has been the project lead (principal coordinator or Univ. Copenhagen lead) for 22 of these.

This has attracted substantial external funding for the department and the Soil Fertility research group, as most of the projects have been funded by national research councils (both councils for Basic Research and Strategic Research), the EU Framework Programs as well as industry organisations.

For the PMSO period (2007-2015) the projects he has successfully lead or contributed to applying for, achieved grants totalling around 200 mio DKK. A share of this, 30 mio DKK, was for projects placed in the Soil Fertility group. The distribution on funding source shows that 14 mio DKK was received from the Danish Research councils, 9 mio DKK from EU sources, 2 mio DKK from various private sector partners and industry organisation and finally 5 mio DKK was received from special university funding sources.

Summary: A total of 96 papers have been published (by Nov 2014) or are in press. Furthermore, 11 manuscripts have been submitted or accepted in 2014, but not yet published (see list below). L.S. Jensen is first author on 10 and senior author on 46, with a very large number of co-authors from multiple countries. The publication rate in the past 10 years has been steady, between 3 and 11 (on average 6.3) papers published per year.

In the list below * indicates papers not yet counted in ISI/Web-of-Science.

Submitted, under review or accepted subject to revision:

R3. Jensen, L. S. (1994): Temporal Variations of Soil Microbial Biomass Size and Activity: An Indicator for the Turnover of Soil Carbon and Nitrogen after the Input of Organic Matter or under Different Soil Physical Conditions. Ph. D. Dissertation, The Royal Veterinary and Agricultural University, Denmark.

Conference presentations have not been updated since 2011

Experiences and qualifications in relation to teaching

Participation in development of programmes and courses

Counselling and supervision at the BSc, MSc, PhD and postdoc level

I have been supervisor for a relatively large number of BSc project and in particular MSc thesis students over my academic career, on average 1 BSc and 3 MSc students per year (see lists below). For the MSc students, a high proportion have been in collaboration with external partners, both public research institutes and private companies or organisations.

During the latter years, in my PMSO (2007-2015), my tasks as PhD main- and co-supervisor has grown significantly, with a large number of PhD students having graduated in this period (10) and another 10 currently ongoing PhD projects, of which I am currently the main supervisor for 3, out of a total of 15 PhD students in the group. Furthermore, in the latter years the number of postdocs in our group has increased markedly, so we currently have 8 postdocs, of whom I am the main mentor for 5.

BSc project students for whom I have been the main supervisor

MSc thesis students for whom I have been the main supervisor

Experience with examination and censorship