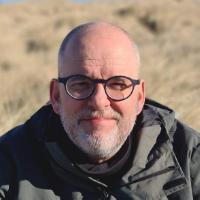 RESEARCH PROFILE:  My research is focusing on the functional role of trace elements in plants, including physiological and biochemical studies of manganese (Mn), zinc (Mn), iron (Fe) and copper (Cu) in plants. In the research group we have developed an advances and diverse ICP-MS based technolgy platform to study the chemical speciation of trace elements in plant tissue, with a special focus on linking chemical speciation with human bioavailability of Fe and Zn in plant based foods. Recently, we have initiated work on food authentication, where we develop multi-elemental and isotopic fingerprinting tools to determine the geographical origin and agricultural mangement form used during plant cultivation.

PROJECT LEADERSHIP: Currently I have the project/WP leadership of the following major research projects:

FUNDING: Current funding is provided by Danish Agency for Technology and Innovation; EU FP6-7, DANIDA/HarvestPlus, The Ministry of Food, Fisheries and Agriculture; The Carlsberg Fundation, The Cereral Breeding Foundation, Yara and several other private research foundations.

TEACHING: Involved in teaching at undergraduate, graduate and postgraduate levels. Primary Lecturer in nutritional physiology at Bachelor level and in Applied Plant Nutrition and Analytical Chemistry at Master level. Since 1997, supervised numerous B.Sc, M. Sc. and Ph.D projects. Nominated with the Best Teacher of the Year Award “The Golden Bull” in 1999 and 2001 at KU-LIFE.

PUBLICATIONS: To this date 79 ISI publications with peer-review have been published in international journals with an h-factor of 29. One patent filed 25/9 2013. In addition a substantial number of proceedings, book chapters, popular articles and interviews have been published/presented in the media.

Co-Author of the book: Husted S, de Neergaard A and Pape R (2012). Mad til Milliarder (Food for Billions). A Textbook, now sold in more than 7500 copies for Danish high school students, on the links between plant science and global food security. Recently, adopted by Gyldendal.