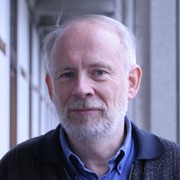 It is with great sadness that we hereby inform about the death of our colleague and friend, professor of agro-hydrology, Søren Hansen. Søren passed away on May 30th, after several years fighting cancer.

Søren was a civil engineer with hydrology as his main field (DTU, 1976). He was employed at the Royal Veterinary and Agricultural University in 1977 and became associate professor in 1993. In 2008, he was appointed as professor in soil, plant and atmosphere processes in order to strengthen research within water resources and environmental science.

Søren was a driving force in creating the Daisy model system in 1990 and the centre for its further development and use over almost 25 years. His knowledge and understanding of the soil-plant-atmosphere system was impressive, and we are many who have benefitted from his knowledge as well as his kind and patient way of explaining and discussing theory and observations covering all aspects of water movement, nutrient dynamics and plant growth. Until the end, Søren participated in scientific discussions and his name is already on five published or accepted papers in 2020.

Søren was a very modest person, who felt that his work would speak for itself. He always emphasized the combination between experimental data and modelling, thus using data to further our process understanding and in turn using modelling to interpret data. Over the years, most research in the Agrohydrology group became embedded in Daisy for all of us to use. Søren’s achievements can be seen not only through his own publication list, but also through the fact, that his model has been and is in international studies and parts of it copied to other models. Daisy is certainly his legacy, and the strong foundation he made is the core in our Daisy infrastructure platform. Associate Professor Efstathios Diamantopoulos has now taken over the responsibility for future developments.

In addition, Søren was passionate about history of the world as well as music, and thoroughly enjoyed opera.

We will miss him. Let us all honour his name and pay tribute to his memory.