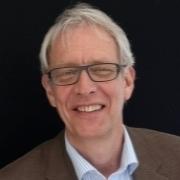 Main supervisor of 25+ completed PhD projects and 5 ongoing. Member of the Advisory Board of the Research School for Biotechnology (2008-2012)

Participation in Councils, Boards and Committees

Editor since 1998 of the international journal Physiologia Plantarum; associate editor of the journal Frontiers in Plant Nutrition. Regular reviewer for >10 journals

Evaluator for the European Research Council (2011-); Member of the LIFE-Sciences Evaluation Panel for EU Marie Curie Individual Fellowships (2005-present) and the EU-INTAS programme (2004-2006). Evaluator for National Research Councils in the UK, Germany, Norway, Spain, Qatar and Cyprus (2006-present). Member of the evaluation panel for the ERA-NET Plant Genomics (2006-2007)

Vice-Head of Department for Research (2012-2015); member of the Academic Council and the Research and Innovation Board of the Faculty of (Life) Sciences University of Copenhagen (2007-2012). From 2004-2007 member of the Supreme Governing Board (Bestyrelsen) of University of Copenhagen and the Royal Veterinary and Agricultural University (RVAU), DK. Chairman/member of numerous committees appointing new academic staff at national and international universities.